Alberta ‘Big 6′ Ski Resorts Upgrade
Banff, Alberta
Sitting snugly in the Canadian Rockies, Alberta has six excellent ski and ride resorts from which to choose. Every year, to remain competitive, there are upgrades added to each slope. This can only be good news for the skiers out there. Before making your mind up on which slope to choose from, have a look at our ski section. For now, here is a quick rundown of the improvements made this year. Happy skiing! 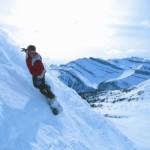 Lake Louise Mountain Resort already has a great reputation in the Rockies but it is about to grow further. The resort has recently added a new lift and there is also a much greater selection for eating and drinking – something which travellers had asked for in the past.
Sunshine Village always gets great natural snow. The big improvements here are the overhaul of the ski-in, ski-out accommodations and also even more choice for après-ski eating and drinking. Not only will you become a more accomplished skier but also a fatter one!
Mt. Norquay has added new options for the adventure seekers out there. There are new jumps and rails at the terrain park, which also means that families can all hang out together regardless of what level they are at.

Nakiska in Kananaskis, This is only a 50-minute drive from Calgary and is considered the ideal place to learn and gain confidence before attempting the big boys. At Nakiska, they have improved their day lodge and to make up for any potential lack of snow, they have got the most of to date snow making machines to make sure you never wake up disappointed.
Marmot Basin Resort is actually in Jasper National Park and last year opened earlier than it ever has before. Marmot announced recently that it has met the very particular necessary environmental criteria to build a new state of the art chairlift system, which will be ready for the 2009-10 season. It will hold the proud tag of the longest high-speed quad detachable chairlift in Alberta’s Canadian Rockies. Not everyone can say that, obviously. 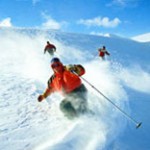 Castle Mountain Resort. Situated near Pincher Creek, the upgrades here are immediately noticeable. There are more glades skiing and riding and an additional terrain park.