These days the words ‘green’ and ‘environmentally friendly’ are bandied about with such disregard that the real issue is often overlooked, even in Banff and the Canadian Rockies. To be seen as green is not just good for business, it is actually fashionable.
However, three ski resorts in Banff National Park have taken the tag very seriously. Set in Canada’s first national park, Sunshine Village, Lake Louise Ski Area and Norquay occupy a zone that has been created to protect the natural habitat while still allowing humans to enjoy its pure beauty.


Bragging Rights
These resorts may not be as familiar to U.S. skiers as some other Canadian resorts like Whistler Blackcomb, in British Columbia, and Mont Tremblant, in Quebec.
It is a shame because not only are these really great ski areas but they are also extremely environmentally responsible. Sunshine Village, which sits astride the Continental Divide, has trails tracing eastward into Alberta and westward into British Columbia. The lifts at Lake Louise Ski Area cross a wild rugged ridge to open hundreds of miles of trails and un-groomed skiing in a hidden valley. Norquay is the smallest of the three but also the closest to Banff town. It offers an array of snow sports only a few minutes from the town’s shopping and nightlife.
Bad First Impression
It is an unfortunate coincidence that most visitors to the Banff region arrive in Calgary, Alberta, the center of Canada’s oil-sands industry and one of the top crude-oil production centers in the world. Ugly high-rise buildings – the Exxon Building, the BP Building, the Shell Oil Building and others – sprout reluctantly from the plains. It creates a bad and false first impression of what is coming for the excited traveler. However, the 90-minute drive from Calgary to Banff leaves plenty of time to view the majestic snow-capped mountains rising dramatically on the western horizon and all memories of ugly buildings vanish. 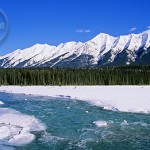 Conserving Banff
The roads leading to Banff promise much, and you are not let down. It is simply breathtaking. Soaring craggy peaks, deep forests, sheer cliffs, hot springs, crawling glaciers and rushing rivers greet visitors at every bend of the road. It’s always a pleasure to say that the original settlers from the 1800’s would still be able to recognise their land. In face, little has changed beyond the building of the highway, the small Town of Banff and the resorts themselves.
The reason why Banff has maintained its original beauty is the cause of frustration to a few short sighted people. Even lifting a leaf off the ground in Banff National Park can only come after a sheaf of paperwork (ironic!) and a hard stare from the park ranger. Locals may grumble about the restrictions, but they also realize that the protected environment is the key to keeping their small tourist economy humming. 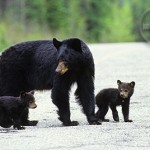 Banff Resorts
The resorts take their responsibility to the environment very seriously. When the Lake Louise Ski Area was building its new six-person gondola, there were workers digging with their hands so as not to uproot precious plants that had been classed as rare before work began. They use progressive construction techniques and grizzly bears were monitored to limit the disturbance of their habitat. To top things off, in compensation for the land that was developed, an equal-sized parcel was returned to natural vegetation.
At Sunshine Village, there is a special team of executives dedicated to balancing the environmental impact and growth of the ski-area operations. Animal habitats are carefully mapped and protected. Every bit of land they take for development is replaced. There is also subsidized public transportation for staff and car pooling in operation to limit the use of automobiles.
If other ski resorts and businesses could follow the example set by these three thriving Canadian Rocky resorts, we would be well on our way to preserving what we are lucky enough to have.