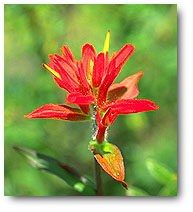 The International Peace Park symbolizes the peace and goodwill between the United States and Canada as exemplified by the world’s longest undefended border.
Officially known as Waterton-Glacier International Peace Park, it was established by legislation of the Parliament of Canada and the Congress of the United States. It is the world’s first such park, representing the need for cooperation between nations in a world where the sharing of resources and ecosystems is a reality.
Discover Biking in Scottsdale, Arizona!
Phoenix/Scottsdale Bike Rentals
Bike Scenic Arizona Canal
Kootenai Brown, the park’s first European resident and superintendent, and Henry Reynolds, a Glacier Park ranger colourfully referred to as “Death-on-the-trail” because he was such a fast hiker, first proposed the idea for the park in the early 1900’s. The idea was later adopted at the first annual goodwill meeting of the Montana and Alberta Rotarians in 1913, and legislated by the two federal governments in 1932.
The United States dedication ceremony took place in 1932, while Canada’s was in 1936.